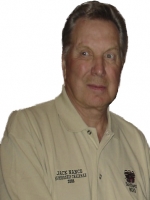 Biography
Jack and Cheryl Nance moved to the Tucson area in 2004 from Amarillo, TX, and Jack and Cheryl joined the Arizona Chapter in September, 2004.  He was also a member of the Texas Chapter.

He immediately became active in Arizona Chapter activities, participating in chapter judging events, and preparing his beautiful 1967 convertible for judging at the Park City, UT National Convention in July, 2005.

Also In July, 2005, Jack became the Arizona Membership Chairman, filling a position that had long been loosely done… by just spreading the work among many members. He served in this capacity until 2015, when illness finally forced him to the sidelines.

He was a consummate gentleman, and a pleasure to be around.  He will be greatly missed.