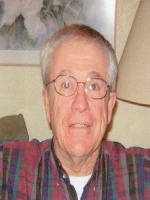 
Wayne T. Parkin of Tumwater, Washington passed away on August 28, 2015 at the age of 71. He was born May 22, 1944 in Centralia, Washington to Wilbur “Sandy” and May Parkin.  He is survived by his mother, May; his wife, Sandy Wilson; and two step-sons, Chad and Chris Wilson. After graduating from St. Martin’s University, Wayne taught at Elma Elementary. He also served as an instructor of Drivers’ Safety Education for the district.

Wayne was an avid member of The Corvettes of Grays Harbor Club.  He owned a vintage 1963 CorvetteStingray.  Restoration and preservation of this Corvette were his pride and joy.  Earlier this year, his car was judged and awarded the Top Flight Distinction as a vintage vehicle restored to 98% of its original condition.

Wayne was always willing to help others with their projects, especially those projects involving chain saws, wood, rocks, and heavy lifting.  His vehicles of choice for this work were his old yellow pick-up and a dump truck named Lurch.   Those who lived in “Wayne’s World” will miss his quirky approach to life, his sense of humor, and capacity to laugh at himself.

Wayne’s family would like to thank the medical staff at the University of Washington Medical Center and the Seattle Cancer Care Alliance for providing Wayne and his family with dedicated and professional support.