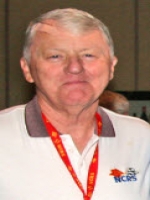 Biography
John was a NCRS Board member and the NCRS representative on the National Corvette Museum Board of Directors.

John served his country in the US Army, retiring with the rank of full colonel, a helicopter pilot and veteran of Vietnam, an active church missionary, a member of the Augusta Rotary Club and the AACA.