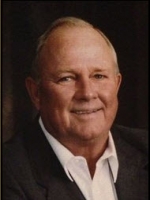 Biography
Ray was an active member of the Texas Chapter.

After retiring, he began restoration of a 1959 Big Brake Corvette, which he proudly completed in 2009 and won a top flight award from NCRS. He continued to improve the car and enjoyed his membership in the National Corvette Restorer’s Society.