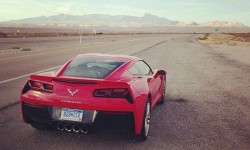 The Chapter Member of the Year Award is given out annually to a current Mason Dixon NCRS member in good standing, who has gone above and beyond the call of duty, supporting our club, participating in events, helping out wherever needed and often doing much of the behind-the-scenes work that makes our chapter as inviting and successful as it is!

Many thanks go out to all our Member of the Year recipients from the entire chapter membership!

Members recognized for Outstanding Contributions prior to 2003